Most popular now
You are at:Home»Whisky»Whisky friends»anCnoc: Bringing Tradition Alive to a Modern Audience
By Josh Hammond on April 10, 2013 Whisky friends

The Knockdhu Distillery is situated in the picturesque village of Knock in Aberdeenshire, up in the in the north east corner of Scotland. In 1892 an enterprising chap named John Morrison bought the Knock estate. The surrounding land was full of peat and barley. And the Great North Railway line ran nearby. When springs of pure, clear water were found, John saw a golden opportunity.

Samples of the water were sent for analysis and soon negotiations were under way with The Distillers Company of Edinburgh to build a distillery.

Knockdhu opened its doors in October 1894. Back then it was regarded as the perfect embodiment of a modern distillery. So it’s perhaps no surprise that we still produce a light, intriguing and thoroughly modern whisky to this day.

The methods used to make anCnoc have hardly changed in over 100 years. We still use our original style copper pot stills and worms to condense the vaporized alcohol (which is very rare these days). Ironically, it’s these traditional techniques which help to create the distinctive, modern flavor.

The whisky is aged in American and Spanish oak barrels, previously used to mature either bourbon or sherry. The casks are rested quietly in dunnage warehouses. Here, the thick granite walls make for a stable temperature, which helps to give us a nice consistent dram.

Previously named Knockdhu after the distillery, the whisky was renamed anCnoc in 1994 to avoid confusion with Knockando. It is light and complex, smooth yet challenging and each twist and turn delivers a surprise. It displays an amber color and is very aromatic with a hint of honey and lemon in the foreground. It tastes sweet to start with an appetizing fruitiness and a long smooth finish

Like anCnoc itself (pronounced “a-knock”), our Distillery Manager, Gordon Bruce, is something of a character. When it comes to making anCnoc, Gordon and his “Men of Knock,” as they’re known locally, are relentless in their pursuit of perfection.

Editorial disclosure: anCnoc is one of five brands of the InterBevGroup that have provided some initial development funding for this site. In lieu of that support, Speyburn is the initial advertiser of our “Forums” category. 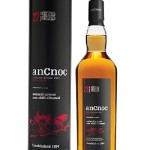 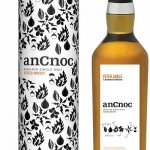 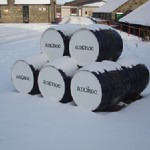 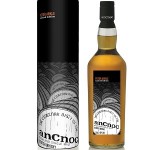 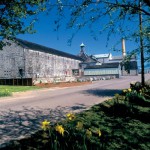