Most popular now
You are at:Home»Whisky»Whisky friends»Old Pulteney: Where The Highland Meets The North Sea to Create The Genuine Maritime Malt
By Josh Hammond on April 22, 2013 Whisky friends

Founded in 1826 by James Henderson at the height of Wick’s celebrated herring boom, the Pulteney Distillery is the most northerly on the British mainland.

At a time when road links to the town were yet to be established, the distillery was dependent on the sea for its supply of barley and for the shipping out of its malt whisky. Wick became known for the barrels of silver (herring) and gold (whisky) which left the port in vast numbers.

The distillery itself has an absorbing history, with its unique stills defying convention to this day. The wash still, in particular, is a source of fascination to visitors due to the absence of a “swan neck” (pictured below). Legend has it that when the still was delivered it was too tall for the still house and the manager simply decided to cut the top off! The Old Pulteney bottle now incorporates a bulbous neck to reflect the shape of the stills.

Over time, the distillery has passed through the hands of various owners, and even closed during times of trouble for the industry in 1930. Luckily, the repeal of an often forgotten period of prohibition in 1947 saw the welcome resumption of whisky production, with the distillery changing ownership a number of times, before its purchase by Inver House Distillers in 1995. Throughout this history what has endured is the quality of the whisky. Traditional craftsmanship and the distillery’s windswept location continue to contribute to the award-winning whisky that is Old Pulteney Single Malt Scotch Whisky.

In 1826, when James Henderson founded the distillery, there were plenty more fish in the sea. The highland town of Wick was at the center of a “herring boom,” becoming the largest and wealthiest fishing port in Europe. Barrels of silver and gold left the harbor of Wick (there were no roads). The herrings were silver; the gold was Old Pulteney single malt scotch whisky. Today, the silver darlings have long gone but the Pulteney distillery still produces “unashamedly excellent” single malt whisky – tangy, dry, and with a mineral-salted spiciness that evokes the windswept character of the far north.

Editorial disclosure: Old Pulteney is one of five brands of the InterBevGroup that have provided some initial development funding for this site. In lieu of that support, Old Pulteney is the initial advertiser of our “Memories” category. 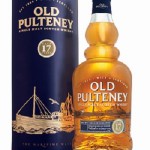 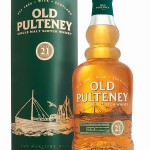 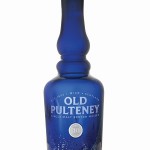 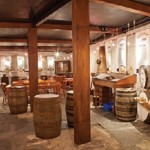 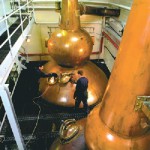