Most popular now
You are at:Home»Whisky»Whisky friends»Speyburn: The Highland Single Malt Whisky with Water from Granty Burn
By Josh Hammond on April 22, 2013 Whisky friends

The Speyburn Distillery was founded in 1897 by John Hopkins, who also owned the Tobermory Distillery on Mull. Many locals still refer to the distillery as “The Gibbet” [jib-it] because of its location near the ancient “Cnock na Croiche” or “Hill of the Gibbet”–an old word for gallows.

Hopkins was determined that whisky would be produced to mark the Jubilee Year of Queen Victoria. Workers in heavy overcoats toiled through a blizzard on the night of the last day of the year, in a stillhouse without doors or windows, to ensure that one single barrel of 1897 vintage Speyburn was made.

Hopkins sold the distillery in 1916 to Distillers Company Limited, and from 1939 to 1947 the distillery was temporarily closed when the site was used to house two Scottish Artillery regiments. In 1962 Speyburn’s two stills were converted from coal-fired to indirect steam heating, and in 1967 the drum maltings ceased operation.

In 1992 the distillery passed into the hands of its current owners, Inver House Distillers

In spite of these changes, the distillery remains much the same as it was 100 years ago. Many of the original features are still intact – indeed still being used.

Speyburn is matured in American and Spanish oak casks in traditional stone-built warehouses. The result is a classic Speyside single malt; golden amber in color with a floral and citrus nose. It is medium-bodied and easy to drink, with a delicate, fruity character and a dry, complex finish.

Editorial disclosure: Speyburn is one of five brands of the InterBevGroup that have provided some initial development funding for this site. In lieu of that support, Speyburn is the initial advertiser of our “Sports” category. 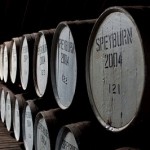 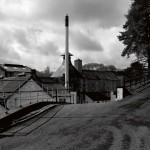 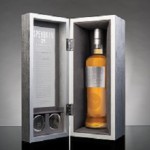 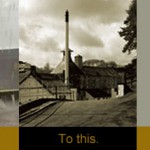 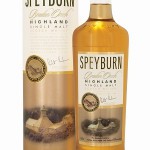 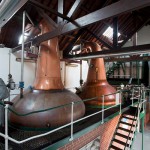