Growing up as a baby-boomer in 1960s America, the shifting  tectonic plates caused by social and cultural upheaval put my feelings toward women on an emotional roller coaster between heaven and hell.

When Bo Diddley was singing “Who Do You Love”  I was playing sandlot ball with kids who hit dingers to make like Joe DiMaggio and then went home to ogle racy photos of Marilyn Monroe, the Yankee Clipper’s late ex-wife. Even the ones who came from good families bragged about it.

The Beatles and the British Invasion gave parity to shooting star rock music lovelies like Marianne Faithful and Jane Asher. But theirs was album cover “flash beauty” that drank deep of youth’s made wine and didn’t beckon like the classic sirens who pulled men off course. Like Christie herself, they were products of “Swinging London” and the fashion and fleshpots of the Carnaby Street scene.

Sophia Loren’s sultry looks signaled availability and playfulness but not the loyalty needed to anchor a restless soul who stayed in school to avoid my next stop being a POW camp like the Hanoi Hilton, or a body bag being dragged out of the Parrot’s Beak of Vietnam.

Then, late in 1965 I did a 30 mile road trip with a carload of my fraternity brothers from the Deke house at Miami University of Ohio to a marquee theatre in the Fountain Square area of downtown Cincinnati, Ohio and got hit by the thunderbolt persona of Julie Christie in her Oscar-winning role in John Schlesinger’s Darling.

Darling, the comedic tale of a bored, bold housewife who tries to find herself sleeping her way through Sixties “Swinging London” but finds her suitors have been listening to The Beatles “I’m Looking Through You” that had just broke big on the American charts, and Christie’s deep blue eyes and sensual pouts got bounced back and forth in the virtual Lacanian–not Freudian–mirrors called movieland that merged our souls.

Sudden soulmates. Didn’t need Twitter or the Social Network for that. I was vulnerable and searching for identity and so was she and that desire to find relevance became a bond. The tones of her skin signaled mood. The Oscar-winning lines of screenwriter Frederic Raphael put words in her mouth. And the Oscar-winning directing of openly gay director John Schlesinger made me believe them.  And Julie, whose Oscar-winning talents projected promiscuity in the movie made me search for promiscuous, wayward women because I could never have her for my own.

I felt the love because I wanted something to protect, thinking vulnerabilities would have her come running to me and I grew as did she, running on empty in the end.  Her cinematic work that followed, Petulia, McCabe and Mrs. Miller and Far From The Madding Crowd didn’t do it for me… When I got to London and penned my first article forRolling Stone in the autumn of 1968, “Swinging London” had gone commercial and there were a lot of women cut to look like Julie to be found. But not by this writer.

Like politics, and change you can believe in, the magic of virtual seduction works but once.  And as for women we love and marry (the divorce rate in America is now running at fifty percent on first marriages alone), when I surf the web for images of Julie today, I think of a tune done by Eric Andersen and Lou Reed, the “Hemingway of rock” called “You Can’t Relive The Past.”  Like Julie, it’s on YouTube. 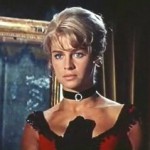 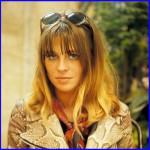 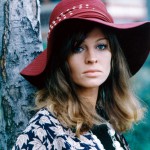 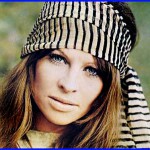 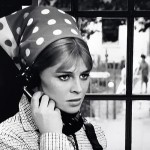 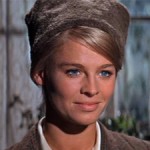 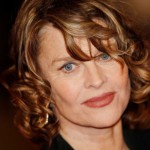