Most popular now
You are at:Home»Uncategorized»Doubles Queen… Anna Kournikova
By Eric Ehrmann on July 5, 2012 Uncategorized

In 1995, at the tender age of fifteen, Anna Kournikova became the blonde bombshell of the pro tennis circuit. But Kremlin leader Boris Yeltsin, godfather of all things in the post-Soviet sports world, had a bigger hot button to push.

As the keeper of the Kremlin’s nuclear keys, boozy Boris nearly launched a nuclear attack on the United States due to a scientific missile test that edged close to Russian air space. Anna’s big blue eyes and thick blonde braid volleying in a sexy outfit along the baseline took the edge off all that.

Having parents who were plugged in to the old Soviet sports machine helped. Her father, a Greco-Roman wrestling champion, held a PhD in physical education and taught at Moscow’s top sports institute, and her mother was a track star. In 1991, ten year old Anna was shipped off for training at a Florida tennis academy and became proficient in English.

When she was 16, in 1997, Anna made tennis history, reaching the semifinals of Wimbledon in singles, and two years later she worked her way up to the #1 ranking in doubles competition, her specialty. Top-ranked singles champion Martina Hingis often provided the better half as her favorite doubles partner. Hingis refer to themselves as “the Spice Girls of tennis”. And that they were.

But it was her good looks and her off court play that made her the one of the most marketable assets in televised sports. A press agent’s dream, Anna had media from Moscow to Miami and Mumbai swooning over her every move. Her cleavage made more winners than her two-handed backhand shots.

Anna’s long-term relationship with NHL star Pavel Bure made more ink than the Hollywood Reporter gave to most female Oscar winners. And when she started double-parking NHL star Sergei Fedorov in favor of another hockey star, Pavel Bure, the non-denial denials  surrounding her marriage to both men made her one of the most searched topics on the still under-adult-supervised Google platform.

Sexy photos from her own line of swimsuits, amped up by Sports Illustrated, helped. Due to injuries, Kournikova retired from World Tennis Federation (WTF) competition in 2004, never winning a major singles championship.

Nobody in women’s sports has achieved as much popularity and market value in as short a career span as Anna Kournikova.  She maintains her personal brand by coming “out of retirement” to do cameo matches and supports cause-related marketing activities by promoting an international refugee organization.

Spurning hockey hunks, Anna, who could have had her share of billionaire Russian oligarchs, hooked up with Latin lover singer Enrique Iglesias. Now an American citizen, Anna is reported by fan zines as sharing a mansion on an island off Miami Beach. Russian and international media continue to bite hard on their non-denial denial game about marriage.

ESPN, meanwhile, rates Anna as one of the world’s greatest sports flops of the past quarter century. At age 41, could there be another double break point in Anna’s future? What’s it all about, Anna? 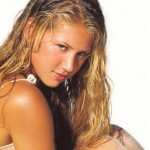 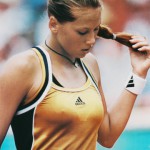 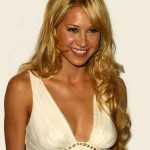 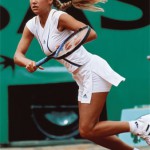