Grant Wood’s “American Gothic” is one of the most familiar images of 20th Century American art. It has been widely parodied, including our TD Classics Update here—gone is the pitch fork, replaced by a bottle of a fourth-generation bourbon maker, Old Rip Van Winkle. We imagine this Iowa farmer might have it stashed in his hayloft. His secret is out now, and his wife looks on with some stoic suspicion. (See more parodies in the gallery below. Click to enlarge image.)

This classic painting hangs in the Art Institute of Chicago. It was painted in 1930 in Eldon, Iowa, not far from Wood’s birthplace. The setting is the Diddle House, built in an architectural style that is known as Carpenter Gothic, a wood imitation of the stone gothic images in the old country. So here in the middle of America we have a knock-off of a European architectural icon.

The pitchfork is repeated in the lines of the man’s shirt and mirrored in the gothic window. The models used by Wood are his sister Nan and dentist Dr. Byron McKeeby. Who knew?

Wood is associated with the American movement of Regionalism, artists in the 30s like Thomas Hart Benton and John Steuart Curry who shunned the cities to paint rural life. It was primarily situated in the Midwest, and advanced figurative painting of rural American themes “in an aggressive rejection of European abstraction,” according to the Art Institute of Chicago.

A mostly self-taught artist, Janet Haven at the University of Virginia American Studies Program tell us that  “as an interior designer for many of Cedar Rapids upper-crust families, and a lover of the stage, Wood knew about the creation of theatrical settings and balanced, pleasing arrangements. Many of his paintings have a stage-lit air about them and a controlled recession reminiscent of the theater.”

Many art critics at the time assumed the painting was meant to be a satire of repression and narrow-mindedness of rural small-town life. Wood rejected that view, and with the onset of the Great Depression, American Gothic became a statement of the steadfastness of the American pioneering spirit, a view that continues today. 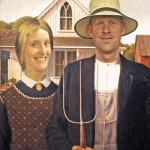 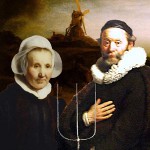 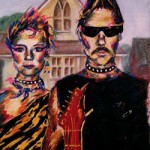 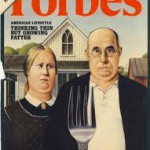 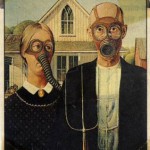 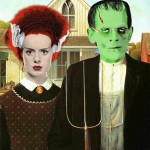 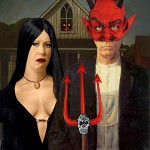 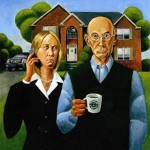 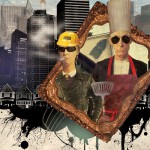 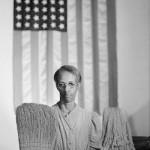 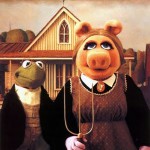 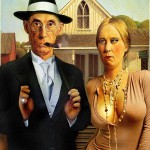