Notice: fwrite(): Send of 317 bytes failed with errno=10054 An existing connection was forcibly closed by the remote host in C:\WebSitesWV\wordpress\wp_whiskymoods\wp-includes\Requests\Transport\fsockopen.php on line 217
 And God Created Woman… Brigitte Bardot
Most popular now
You are at:Home»Women»Women We Loved 40s-50s»And God Created Woman… Brigitte Bardot
By Eric Ehrmann on July 23, 2012 Women We Loved 40s-50s

Many nations still use the faces of kings and queens on their coinage and currency. But in France the revolution took care of that…until Brigitte Bardot came along.

As France reorganized after its World War 2 collaboration with Nazi Germany, General Charles De Gaulle’s government decided the land of liberty, equality and fraternity needed to put a real face on the image of La Marianne, the Gallic goddess of beauty and wisdom, to popularize its new legal tender. [See images below.] Bardot got the call.

Being La Marianne is like winning an Oscar for being the most beautiful woman in France. But France’s greatest sex symbol didn’t need the Academy Award and probably wouldn’t have accepted it anyway. When she was made a chevalier in the Legion of Honor in 1985 she flat out turned it down.

She was born into a well-to-do Parisian family. Bardot’s father was an engineer involved in manufacturing liquid air and industrial gases and her mother was a society girl fifteen years his younger. A fun couple, they were known around town as Toti and Pilou.

At the behest of her mom, Toti, she attended ballet school for four years, developing a friendship with future actress Leslie Caron. At age fifteen she was modeling and doing covers for Elle and other major French magazines, Dambier’s stomping grounds where he photographed Bardot will have an affair with her mother.

Thanks to her steamy starring role in the 1956 hit And God Created Women directed by her husband, Roger Vadim, Bardot projected a sexuality that was too risqué for fifties Hollywood and its rigid studio system. Her early Tinseltown pairings with
leading men James Stewart and Kirk Douglas were major flops.

By 1964 Vadim had left Bardot for a young Catherine Deneuve, who would replace Bardot as the face of La Marianne.

A famous essay by Simone de Beauvoir, the life partner of Nobel Prize author Jean-Paul Sartre, firmly established Bardot as a truly liberated woman, both sexually and intellectually, making her even more of a siren for France’s smart set.

When not starring in films directed by Louis Malle and Jean-Luc Godard, she projected a sexually liberated lifestyle, hanging out with a coterie of men on the Côte d’Azur, and Búzios in Brazil. Bardot’s relationships included, among others, Jean-Louis Trintignant, Alain Delon, Sami Frey, and actor-singer Serge Gainsbourg. Product endorsements and cover girl shots and other self-marketing ventures helped her cash flow.

While men were drawn by her deep sultry voice (even in English dubbing), pouty lips and low-cut blouses, women wanted to look like her.

At the height of the Beatles craze, the wives of John and George (Cynthia and Pattie) wore Bardot’s famous piled upchoucroute (a beehive style called sauerkraut by the French due its platinum color) hairstyle and sweaters featuring the deep
Bardot neckline. During the days of Swinging London you could walk into the legendary but short-lived counterculture department store Biba and come out looking just like Bardot.

In 1973, at age 39, Bardot officially retired from being a movie star, perhaps not feeling comfortable among the younger, more cerebral and international generation who were gaining prominence in the French film scene like Maria Schneider,
Dominique Sanda and Romy Schneider.

Bardot became a successful recording artist working with actor-musician Serge Gainsbourg and became involved in animal rights issues. She started valuing her privacy more and altercations with paparazzi were not uncommon. Her vegetarian
lifestyle and support for animal rights caused her to found the Brigitte Bardot Foundation during the 1980s. While drawing international praise from groups like PETA and celebrities, Bardot started to attack the evil empire of animal rights violators on a personal level.

The nationalism of the former Marianne took a big right turn during the 1990s as she amped up her verbal attacks against Islamic culture and demanded changes in government policy that permits people to immigrate to France from Muslim countries. Her racist fulminations have drawn major fines from the French legal system and she has become the target of criticism from international human rights groups.

Brigitte Bardot has come a long way from hubby Roger Vadim and And God Created Women. The one time sex kitten is married to Bernard d’Ormale, a gentlemanly millionaire, who is a major backer of the right wing National Front party. She supported Marine Le Pen, the racist candidate of the National Front in the French presidential election last May.

Back in the old days of hot sex and wild parties in Saint Tropez, she told the media “I don’t think when I make love.” Half a century later, it seems that Bardot doesn’t put much thought into a lot of things. 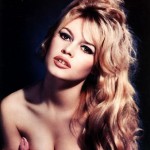 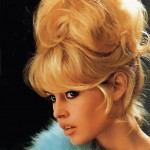 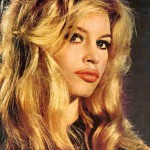 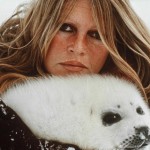 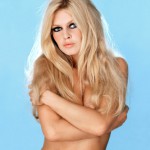 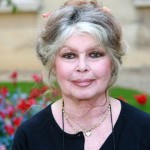 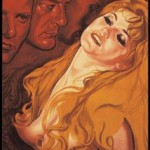 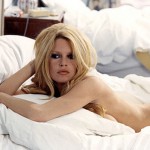 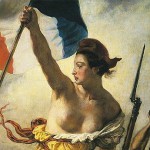 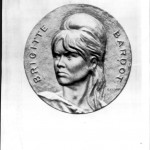