Most popular now
You are at:Home»Uncategorized»The California Dreamboat… Robert Redford
By Leslie Nipkow on September 5, 2012 Uncategorized

When I was a kid, I fell in love with The Way We Were‘s blond and blue-eyed, all-American, Upper East Side patrician son, Hubbell Gardiner. At the time, I could easily insert myself into love interest Katie Morosky’s swingy 1940s dresses, using a bullhorn to crusade for social justice, while waging war against an unruly head of hair and quirky set of features when alone with the bathroom mirror. I asked my mom to buy me The Films of Robert Redford, and I would lock my bedroom door and moon for hours over stills fromGatsby,  Inside Daisy Clover, Downhill Racer, Waldo Pepper, Butch Cassidy, and Little Fauss and Big Halsey.

This is, admittedly, an odd selection of Redford’s oeuvre, but it was the late 70s. Cable and home video did not yet exist. We manipulated our TV antenna via a mysterious box mounted high on the wall, turning it this way and that to catch passing signal in order to tune in to the Saturday and Sunday afternoon movies, which leaned heavily toward war pictures like River Kwai, Kelly’s Heroes, and Caine Mutiny. On Sunday mornings, I scoured the week’s movie listings for Redford films that never aired, so, instead, I wore out the binding of my Redford book, and memorized the best photos, unaware of which were from “lesser” movies. And, all the while, I pretended I was Katie Morosky, in love with a blond god for whom I would never be good enough.

Then, last night, I streamed The Way We Were on my desktop computer. Not only has the wiring in my receiver been modernized, but my perspective has evolved by light years, as well. Seen through my 2012 lens, Hubbell Gardner was uptight, safe, somewhat shallow, way too pretty and, frankly, a chickenshit for not having the guts to live up to Streisand’s Katie. (Been there, done that, never doing it again…)

But, although I realized I had outgrown my love affair with Hubbell/Redford, I gained a new respect for the sun-kissed California dreamboat. His Hubbell is aware of his lack of nerve and, very subtly, loathes himself for it. As an actor, Redford is a knockout, and that is far more attractive to my older self than a suspiciously even tan and those disconcertingly blue eyes. (Full disclosure: I like dark hair and more character in a man, but that’s just my personal taste.)

Next, I watched All the President’s Men, and, again, found myself impressed by Redford’s acting. As always, he looks damn good, but his work is understated perfection. He spends much of the movie on the phone, typing or listening to others, which, in a lesser performance, would be deadly dull, but Redford’s face is more than just a handsome mask; you can see the wheels turning. He is the farthest thing from boring, and, with a face like that, boring would be enough for a long, glamorous, comfortable (but unchallenging) screen career.

There is often a touch of the ice king in Redford’s performances, a bit of the observer, but he redeems his lack of romantic courage in The Way We Were when he washes Karen Blixen/Meryl Streep’s hair in Out of Africa, a scene that never fails to turn my knees to jelly. He also does outlaw rebel superbly well as the Sundance Kid, and, to his credit, isn’t a leading man who draws the line at sharing his leading lady.

As an actor, he has made smart choices, played characters who, despite their undeniable handsomeness, do things, test boundaries and sometimes cross them. Nor has he ever been too vain or too fearful of the Hollywood machine to flirt with bisexuality (Inside Daisy Clover), excessive facial hair (Jeremiah Johnson) or “Hanoi” Jane Fonda (Barefoot in the Park, The Chase). In The Candidate, he plays the flipside of Hubbell Gardner, boldly using the platform his good looks have provided to stand up to the political powers that be and do good for others.

And that is who Robert Redford really is. He could easily have taken the easy road and ridden the opportunity provided by his stunning good looks all the way home, but that was never enough for him. Like The Candidate, he uses his genetic blessings and the power they bestow to draw attention to the plight of Native Americans, our endangered environment, the plight of migrant workers, and more, and, in founding the Sundance Institute, he is paying it forward by investing in the work and futures of up and coming writers and filmmakers.

More than just a pretty face, Robert Redford sizzles because he’s smart, socially aware, brave and generous, not to mention that he’s a talented enough actor to play a man like Hubbell Gardner, who is almost none of those things. 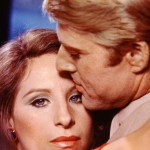 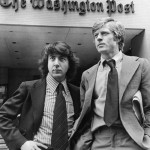 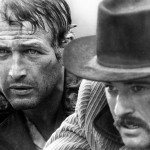 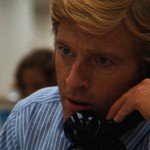 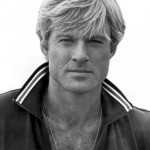 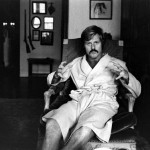 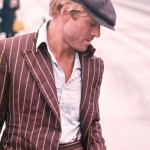 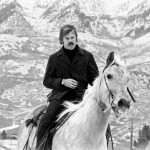 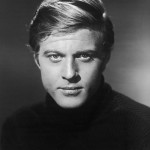 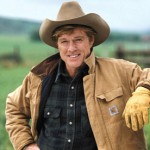 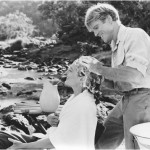