Notice: fwrite(): Send of 317 bytes failed with errno=10054 An existing connection was forcibly closed by the remote host in C:\WebSitesWV\wordpress\wp_whiskymoods\wp-includes\Requests\Transport\fsockopen.php on line 217
 Stamboul: The Crossroads of the World
Most popular now
You are at:Home»Arts»Photography»Stamboul: The Crossroads of the World
By Eric Ehrmann on October 5, 2013 Photography

Storytellers were calling this mysterious crossroads of Europe and The Orient the economic center of the Old World long before the invention of the printing press and the camera. As Constantinople, it was the capital of Byzantium for around a thousand years, renamed Istanbul after being conquered by the Ottoman Turks in the 15th century.

The mystery and legend live on. Today, riding the Orient Express out of Vienna, neon signs promoting Stambulia Coffee speed by in the night just as they did through the windows in Graham Greene’s 1932 novel Stamboul Train. It was Greene’s first novel, one that established his reputation as a great writer. He classified it as an “entertainment” to separate it from his more serious work. Published in the United States as “The Orient Express” in 1932, the work examines the lives and the intrigues of the some of the passengers, including some steamy sex in the sleeping compartments.

About the same time, interest in the city caught the attention of the stateside popular music scene during the Roaring ’20s with the song “Constantinople” recorded by the Paul Whiteman Orchestra and another, “Istanbul”, written to cover it.  “Istanbul” earned a gold record for the Canadian group The Four Lads in 1953. And it’s no secret that early rock n’ roll hearthrob Paul Anka was of Turkish heritage.

The Bosporus Straits, the crowded waterway that separates Europe and Asia, is one of the world’s major chokepoints for strategic commerce. Merchant and navy ships serving Ukraine and Russia move south through the Bosporus into the Mediterranean and Suez and west out into the Atlantic. Oil tankers too. Today there is less intrigue and more spy satellites.

With the Bosporus narrowing to less than half a mile at the famous Golden Horn, ships are required to make course alterations of 85 degrees to navigate through the channel, unable to see the traffic coming around the other side of the big bend. Every army from Darius’s and Alexander’s, right up to Churchill’s, had to deal with the Bosporus and this city.

Peter Vidor’s images offer a fresh take on the emotions, lifestyles and cityscapes of this multicultural metropolis where western values and Islamic traditions maintain a peaceful but tenuous coexistence.

In the bright daylight illuminating the interior of the Blue Mosque we see a woman engaged in spiritual consultation. What’s on her mind?

A completely different feeling is evoked by the silhouette of a mosque on the horizon as a ship plies the waters of the Golden Horn amidst twilight’s purple haze. The domes and minarets projecting a mystical, mysterious feeling one gets gazing at the Kremlin. Juxtaposing majesty with mystery, it’s a rather different aura than what one senses at the Taj Mahal or the Sacre Couer in Paris.

An Istanbul subway ride costs around 85 cents. And commuter ferries, swerving around the big ships, help make the congested Bosporus one of the world’s biggest nautical traffic jams.

While France has attempted to outlaw the traditional Islamic burkha headwear, women in Istanbul and elsewhere in Turkey are comfortable wearing the religious garb so long as the material does not block the sound of their cell phones.

Bouillabaisse on the Canabiere in Marseilles. Cioppino in Posillipo overlooking the Bay of Naples. Vidor found his catch of the day at the Kadikoy, one of the world’s largest public fish markets on the east side of the city, considered part of Asia.  Known in former times as Chalcedon, the district was once the center for trading semi-precious quartz stones known as Chalcedony, which are valued as birthstones, and power objects by new age enthusiasts.

The visual anomaly of a towering cruise ship parked alongside a six story hotel along the Golden Horn. The beauty of the floral and geometric Isnik tiles inside the Rustem Pasha Mosque. An amazing look at the Hagia Sophia (also known as the Church of the Holy Wisdom of God), built in Byzantine times by Justinian, the Patriarchate of Constantinople. The church took four and a half years to build and was completed in 537AD.

It’s nice to visit Colonial Williamsburg to renew one’s sense of American heritage, or to hear Big Ben chime at Westminster.  But in an increasingly interconnected world, pausing to reflect on the traditions that bring life to this commercial and cultural crossroads enhances our own sense of place. 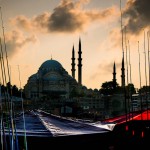 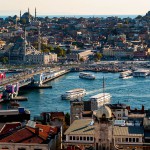 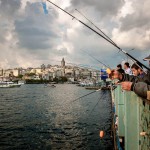 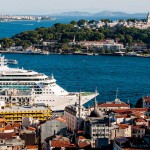 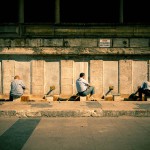 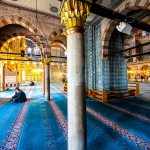 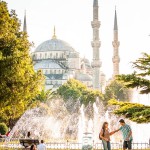 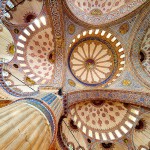 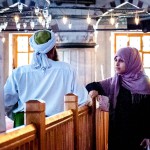 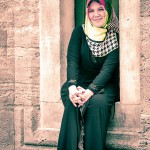 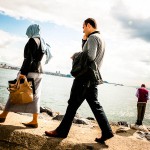 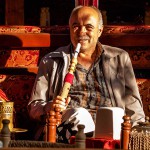 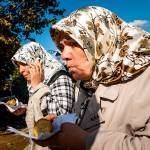 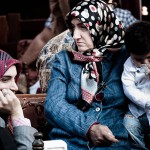 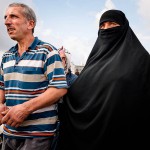 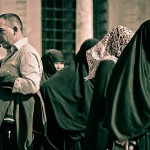 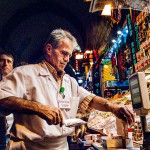 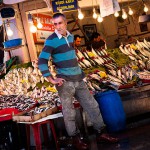 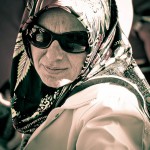 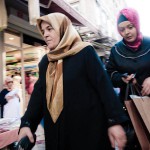 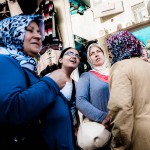 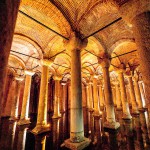 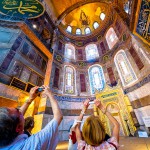 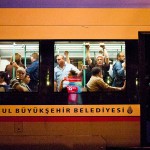 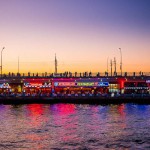 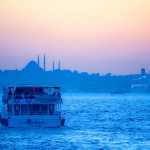 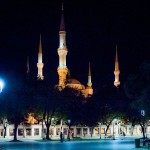