Most popular now
You are at:Home»Arts»Photography»From Cannes to the Supreme Court… Jeanne Moreau
By Eric Ehrmann on October 5, 2013 Photography

The more we look at French cinema the more we learn about the underground culture that led a double life in Nazi-occupied Paris in the early 40s and emerged to put a strong imprint on postwar France.

Jeanne Moreau, daughter of a French restaurant owner father and an Anglo-Irish mother who danced at the Folies Bergere, had the smarts to put on a funny face, and after studying at the Paris Conservatoire, became the youngest permanent member of the Comédie-Française. She was just twenty years old.

But being funny in French culture for women and men carries the baggage of Cartesian logic and the wit of the mind, not the belly laugh. Moreau, tired of the rigorous process of this manufactured humor, left the Comédie-Française, joining theThéâtre Nationale Populaire. She also started taking roles in low budget B movies, which was as good as it gets in a postwar France where black market food and rationing were the order of the day.

The actress was drawn by the night life that wasde rigueur for the upstart Parisian show business crowd and met a young Louis Malle, who directed her in the 1959 classic, The Lovers (Les Amants), which was distributed in the United States as an art house film.

This photograph reminds us that Humphrey Bogart made a career out of lighting cigarettes alongside Bacall and Hepburn on boats and dives and balconies, foreshadowing a kiss or as a signal of sexual desire. Many of us guys imitated the habit, and some of us paid the price. But with that unfiltered Gauloise teasing her lips, Moreau opened the door that let Hollywood take the smoke and the guy into the bedroom.

In The Lovers, Moreau played the unsatisfied wife of a polo player who stepped outside her marriage to get what she needed to make herself feel complete. She was independent, rebellious, a free agent, much like the roles that Bogie played.

With the United States emerging from the McCarthy Era in search of its moral compass and Hugh Hefner’s Playboymagazine banned or sold under-the-counter in certain areas, Moreau’s passionate scenes in The Lovers were considered pornographic by some critics, politicians and churchmen, always the cloth.

Malle tastefully filmed Moreau experiencing an orgasm viewers could see and hear. And the plotline featured a married woman with children running off with her lover.

Taboo. Censored. Banned in Boston. Theatre managers hauled off to jail for showing it. The Lovers went all the way to the U.S. Supreme Court, resulting in the famous quote in a concurring opinion for the majority by Mr. Justice Potter Stewart as he attempted to define hard-core pornography.

“I know it when I see it,” Stewart wrote, “and the motion picture involved in this case is not that.”

The case involving The Lovers, known as Jacobellis v. Ohio, changed the face of a nation more than books like Jack Kerouac’s On The Road did. The Supremes said that expression of sexual feelings, within reason, in culture and literature was ok. No more hiding your copy of Lady Chatterley’s Lover, or Peyton Place. Even some areas of what was then called “The Bible Belt” opened up. And the famous Dewars Profiles ad campaign promoting scotch whisky started appearing in the pages of Playboy magazine.

While remaining Malle’s life partner, Moreau went on to star in Francois Truffaut’s classic Jules et Jim. She worked with many famous directors including Orson Welles, Elia Kazan, Buñuel, Wenders, Fassbinder, Antonioni. Some were also her lovers. She had a three year marriage with director William Friedkin during the late 1970s, but it ended amicably and she continued her independent ways.

Moreau has never talked much about the impact of The Lovers. By today’s standards, female Supreme Court Justices Ginsburg, Kagan and Sotomayor would likely consider Moreau’s controversial scenes as artful and tame. For a young girl who spent holidays at her father’s ancestral home not far from the pro-Nazi government in Vichy, the global impact of The Lovers was a small consequence of her success. She continues to act today. 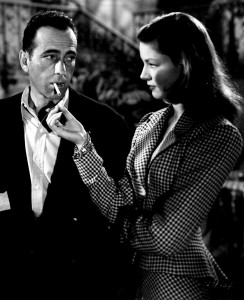