The editors of Transcendental Dram are pleased to announce the selection of Springbank’s 12 year old Calvados Wood Expression as our first Whisky of the Month. We’ve tasted a lot of whiskies over the years, but this one was a big surprise. The whisky has been aged six years in refill bourbon casks and six years in new calvados casks. The Color is “golden syrup.” For the Nose, “the influence of the calvados casks is immediately apparent, with notes of green apples, citrus fruits and sweet toffee showing themselves in the beginning. Vanilla essence, pears and some gentle spice come later.” The Palate is best described as “a lively dram at cask strength. Black pepper and rhubarb give way to demerara sugar, green grapes, a touch of cinnamon and a little bit of home-made fudge. This is an oily whisky for sure.” The Finish is “orange marmalade, gooseberries and a pleasant, dry, peatiness that leaves a lasting impression.”

The green “Calvados Wood” stamp on the label is not on the US version, so don’t look for it as it is pictured here. Nevertheless, it’s the identical whisky.

What follows is TD’s exclusive interview with Gavin McLachlan, Springbank’s Distillery Manager. We asked him what one word describes the Calvados Wood Expression and he didn’t have to think about it: “complexity,” he said. You will see that clearly in his answers to our questions about the making of this expression, including the selection of the right calvados casks. At the end of the interview be sure to see a selected photo gallery of the distillery and some great images of the production process. Also be sure to catch our Magritte-style celebration of this selection, with the Calvados Wood Expression rising out of Crosshill Loch in Campbeltown, Scotland, where it’s made.

TD. How did the calvados idea come about?

Gavin. For a number of years Springbank has been releasing a Wood Expressions series—a limited-release whisky bottled each year from a slightly alternative cask type. Over the years we’ve bottled Springbank which matured in port, madeira, marsala and a host of other casks. The very first release of its type was bottled a long time ago and was a Springbank from a rum cask. We’re always looking for new types of casks to try and the Calvados is the latest in the series. We do these releases as something different, almost a fun experiment, and if a particular expression proves popular then we’ll look to repeat it in future. A number of distilleries in recent years have jumped on the bandwagon of “finishing” their whiskies in unusual casks but it’s something we’ve been doing at Springbank since the 1980s and we don’t believe that finishing—transferring bourbon or sherry matured whisky into different casks—for a short period of time (anything from six weeks to six months), is the best way to go about it. We prefer to allow the flavors from the whisky and the flavors from the casks to marry together over a much longer period, hence why we don’t like the term finishing for what we do.

TD. Are all calvados casks created equal or did you have to find a certain special one?

Gavin. Springbank and calvados producer Christian Drouin share the same importer in Sweden, and on a trip to do some promotion over there, our recently-retired Director of Production Frank McHardy and Mr. Drouin got together—no doubt over a few spirits—and came up with the idea of trying to mature some of our whisky in some of his casks. It was a bit of a chance meeting but one that we’re very glad happened. The important thing from our point of view when it comes to buying casks is that, first of all, the physical quality of the cask is sound—the cask is well-made and won’t leak. We also take in to account the quality of the product which the cask previously contained and, obviously, the flavor that product will give. The calvados casks we used for this bottling ticked all of those boxes.

TD. Why a bourbon cask as well? And, which came first, or does it matter?

Gavin. This whisky was in bourbon casks for the first six years of its life before we re-racked it into the calvados casks. The reason we did so is that, in our opinion, it is vital that the finished product tastes like a whisky but with a new edge from the calvados casks. It’s a 12yo expression and we felt that if we had matured the whisky in calvados from day one then the apple and citrus flavors from the barrel would overpower the natural character of the whisky and that’s the last thing we want. The balance between natural character and cask influence is all-important in our Wood Expressions series. We generally find that the second type of cask used imparts more of the lasting flavor, so it was for that reason that we used bourbon first rather than the other way round. If you think of it like a cake—you put the icing on top and that’s the first thing you taste when you bite into it. But the real substance, the base, is in the cake itself.

TD. When did you decide to get in the whisky-making business? And how did you get started?

Gavin. To be honest, I seemed to find a path in the whisky industry by chance! I lived next door to Springbank’s bottling hall manager and the subject of jobs at the distillery came up in conversation one day. Then, one Friday evening, he knocked on the door offering me a job, with one slight hitch—they needed me to start at 8am on the Monday morning. Luckily this wasn’t too difficult, and the rest is history.

TD. What is the best part of your job?

Gavin. The whole job is great because you get to see the entire process on one site, from start to finish. At other distilleries you would be in charge of production or malting, and probably don’t really get involved too much outside of your own department. I will be honest though, and say, I do enjoy going to the warehouse to see the influence the cask has made on the final product. I must also mention the family feeling between all the staff. The happy work place we have here is a big part of what makes Springbank a special distillery.

TD. Our website is more about experiences than products. Others cover tasting notes so well. We’re interested in the stories and the broader social context of the complete whisky experience. Working for Springbank must be like a kid in a candy factory. What, over the years, has been your best whisky experience?

Gavin. I know it sounds mad but the whole Springbank experience is like a dream. To sit in the manager’s chair at the historic Springbank Distillery is an honor and a privilege and not something that I ever expected to happen. It’s great to work with a brand like Springbank—I still have to pinch myself at times! And I think it’s even better that I’m from Campbeltown; it feels even more of an achievement for me as this is my local distillery.

TD. What other whiskies do you enjoy?

Gavin. One perk of being Springbank Distillery Manager is we have loads of William Cadenhead casks in our stocks from distilleries all over Scotland, including a few closed ones, so it is always possible to get wee samples or two but I would count Auchentoshan, Rosebank, and Lochside amongst my favorites along with our own portfolio of Springbank, Longrow and Hazelburn.

TD. What’s next for Springbank?

Gavin. Keep going the way we are going with regard to our production methods and recipes and the rest will take care of itself. We never look to change anything we do, with the exception of some experimentation with different casks types as we’ve already discussed. Maintaining the history and tradtion of the distillery is the most important part of what we do and that will never change. In terms of new releases, look out for a 9 year old Springbank from Gaja Barolo wine casks by the end of the year and then, in early 2014, we’ll be releasing the latest batch of our 21 year old Springbank and a new Hazelburn release called Rundlets & Kilderkins. 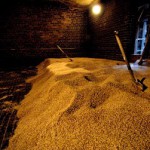 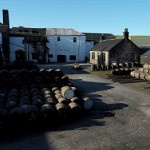 Distillery in the sun 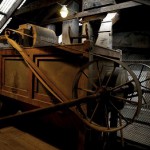 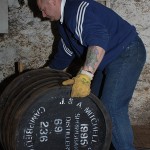 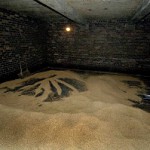 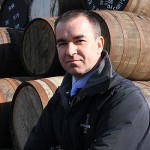 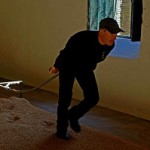 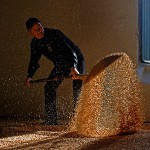 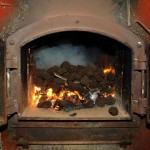 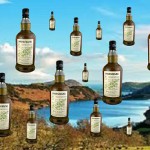 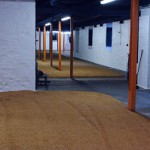 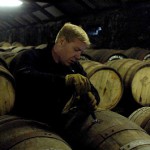 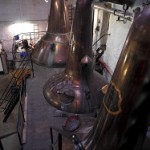 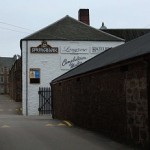