Most popular now
You are at:Home»Whisky»Tasting Notes»Suntory…Not “Lost in Translation”
By Stephen Winch on January 8, 2014 Tasting Notes

What most Americans know about Japanese whisky comes from the 2003 Best Picture-nominated movie “Lost in Translation,”  starring Bill Murray as aging international movie star in Japan to film a TV commercial for Suntory. The movie was written and directed by Sophia Coppola, daughter of Francis Ford Coppola of Godfather fame. She won the Oscar for Best Original Screenplay.

What most remember about the movie was the segment with a Japanese film-maker  trying to direct Murray to say the simple line, “For relaxing times, make it Suntory Time.” The line takes two seconds to say, but the protracted direction, in Japanese, goes on and on and on with all the passion and nuance the director wanted Murray to deliver. Obviously a lot was lost in translation because the translator conveyed none of it to Murray who just looked on…bewildered. (Here is the English translation of what the director was saying. Everything is lost in translation here.)

For whisky lovers, at all levels, nothing is lost in translation when it comes to Japanese whiskies. This is a two-part series on Japanese whisky. Part 1 is about Suntory and the long-standing tradition of whisky-making in Japan. Part 2 is about the whiskies and producers that followed in subsequent years, inspired by Suntory’s success.

Japan has a long whisky history and has been creating Scotch inspired whiskies since the completion of Shinjiro Torii’s Yamazaki Distillery in December 1924. Torrii is considered the “father of Japanese whisky.” His bold vision, in the face of his business associates and colleagues telling him there was no demand for “Scotch-style whisky” in Japan, changed the course of whisky-making in Japan. So, the Yamazaki Distillery is where we begin when we talk about the whiskies of Japan.

Torii hired Masataka Taketsuru as master distiller. He had studied the art of making Scotch in the early 1920’s working at a number of distilleries including Campbeltown’s Hazelburn. Together, in 1929, they created Japan’s first genuine whisky, the Suntory White Label. In 1984 the first bottlings of the Yamazaki Single Malt where released. Here are the three main Suntory whiskies that have helped shape what we know today as Japanese Single Malts.

This medium-bodied single malt is the best place to start out when seeking to explore what is an exceptional category of whisky. This single malt is constructed from eighty percent spirit aged in ex-bourbon barrels with the balance coming form sherry butts and the aromatic Japanese mizunara oak. The Nose: A fresh clean barley frame with elements of toffee, toasted almonds and cream. The Palate: Woody tones, the nut becoming more pronounced and a lovely combination of butterscotch and spice. The Finish: Wonderfully long lingering vanilla.

In 1973 Suntory established the Hakushu Distillery, but the first Hakushu single malt was not released until 1994. This is a lightly peated malt which nicely introduces smoke into the Suntory family line up. The Nose: A bouquet of fresh green vegetation, light tree fruit, green apple skin and a delicate soft smoke. The Palate: Pear fruit, light butter, biscuit there is certainly sweetness here but has a lovely crisp feel. The Finish: Spicy, sweet and a light peat note.

This wonderful blend of malts from Yamazaki and Hakushu, packed out with grain whisky, was launched in 1989 to commemorate the 90th anniversary of the Company’s founding. It is package beautifully in a twenty four facetted decanter style bottle which represent the hours in a day and the seasons according to the lunar calendar. The resulting blend is matured for a time in casks that previously held plum liqueur. The tasting notes from Suntory say it all. The Nose: Pineapple, plum, raspberry, honey and custard. The Palate: Soft, mellow, with a smooth and sweet. The Finish: Long and sweet, spicy-fruity and a hint of sourness. (The 17 year old Hibiki was the Suntory whisky used in the Lost in Translation movie.)

It’s only recently that Japanese whisky has gained recognition outside of it’s own borders. This increase in interest has mainly been driven by US demand and a plethora of global awards. There are currently around ten whisky distilleries in Japan but until early 2013 only the Suntory owned distilleries Yamazaki and Hakushu were available in the US.

I hope you enjoy exploring and tasting some, if not all of theses fine drams. There are also older expressions of the Yamazaki available, an 18 and 21 year old. Their rarity and quality have made them very desirable and price tags associated with these bottles do not make them suitable place to begin your journey. But it’s also nice to have something to look forward to.

Look out for my next installment on drinking Japanese where I’ll take you through the great Nikka whiskies. Cheers! 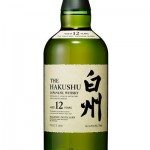 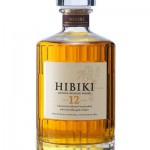 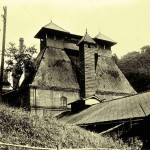 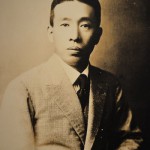 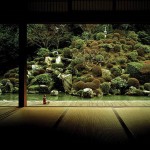 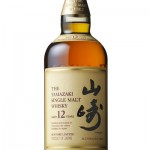 I moved here from UK in February 2011 leaving my job as a community bobby in Surrey. By the end of May that year I had joined the team at Astor Wines & Spirits turning my love of Whisky & Wine into work. My first whisky love is single malt, which started as a 18 year old when my local Pub landlord introduced me to Macallan 12. I am also extremely passionate about American whiskey which is an amazing category. I love travel and have white water rafted in New Zealand, Argentina & Canada.