Most popular now
You are at:Home»Arts»Photography»Maine…and the light that falls upon it.
By Josh Hammond on December 17, 2013 Photography

Editor’s Note: TD is pleased to announce the first in a series of major collaborations over the coming months with a distinguished photographer worldwide, Terrell S. Lester. Terrell has earned an international reputation and following of collectors over the past 30 years, and has sold thousands of his photographic prints to museums and individual collectors around the globe.

In his words, Terrell S. Lester:

I was a gypsy artist when I moved to the mid-coast of Maine in the late 70s. Lured by the magnificent landscape, I wanted to experience its power and beauty, to capture its spirit as it had captured mine. I brought with me the idea that photographing the land was not simply about recording the things seen through a lens, but was more about expressing how those things made me feel. The language of camera and film are technical and specific. It is essential to understand the language of photography before you can successfully communicate through it, but it is essential to gain an understanding of the subject and the light that falls upon it.

There is an ambience to the light in Maine that I have experienced nowhere else. It can be soft and moody one minute, then strong and dramatic the next.

The environment itself is a challenge to work in. Blackflies and mosquitoes present a relentless distraction during the warmer months. Winter temperatures drop below zero (Fahrenheit) on the coast, and much lower inland. There is a painful price to pay when photographing in windchill temperatures of minus fifty degrees.

I often work with a particular landscape for days or weeks to get just the right lighting conditions. I have waited years for the right conditions to photograph some subjects: still others elude me to this day.

About my book, Maine: The Seasons. Now in its fourth printing, it was first published by Knopf/Random House Publishing in 2001. It contains 125 images of my Maine photographs with seasonal essays by four distinguished Maine authors. Pulitzer Prize-winning author Richard Ford for Independence Day, one of his five novels. Richard Russo, author of five novels including Nobody’s Fool and Empire Falls (set in Maine). Anne Beattie, author of six story collections and seven novels, including Chilly Scenes of Winter and Perfect Recall. Elizabeth Strout, author of the best-selling novel Amy and Isabelle.

The seasons of Maine are as diverse and extreme as its topography. I have experienced snow showers in June and have seen insects emerge from melting snow during a January thaw. The seasons rarely coincide with dates on a calendar. They are governed more by weather patterns that vary noticeably from region to region and from year to year. Spring always seems to arrive late, after a wet and muddy start. Summer days are long and filled with a warm light that starts to vanish in only a few weeks. Fall explodes in hues of red, yellow, and russet that paint every leaf, twig, forest, and field in color. Winter begins sullen and moody, with gray skies and start landscapes. Some winter days are bright blue and crisp, others gray and subdued. At times, invading arctic weather systems transform the land into an altogether inhospitable and alien environment. Winter is by far the most enduring season in Maine, but the memory of its long, forbidding grip is lessened by the intense, if all too short, beauty of the seasons that follow.

Editor’s Note: This is a beautifully photographed book. I never get tired looking at the images over and over again. It would make a great gift at this time—or anytime—of the year. It is available from Amazon. And more importantly, visit Terrell here: http://thelestergalleryllc.com

Extended notes on selected photographs in the gallery. TD has selected (boy was that hard) two images for each of the four seasons from Terrell’s book. They all have a caption that identifies their location in the State of Maine. To identify the images that correspond with these extended notes, we have numbered them Spring 1, Spring 2, etcetera. Not all images have extended notes.

Spring 2: Pink granite on Cadillac Mountain shows scars from the last ice age. The glacier’s weight was so enormous that it sank mountains in the earth’s crust, leaving only the peaks exposed—like the Porcupine Islands of Frenchman Bay.

Summer 2: Unimpeded by islands, storm waves from the Gulf of Maine crash head-on into sheer granite cliffs at Schoodic Point.

Autumn 1: The first storms of winter come in late October. Some fishermen will put their gear on shore for the winter, while others will set their gear in deeper water.

Autumn 3: Colors are bright on overcast days along Golden Road, which was named by locals for the cost of construction, not the fall colors.

Winter 2: Frozen vapor from the ocean like mist on a pond only it happens when the air temp is like -25º Fahrenheit  and the ocean temp is like 30º…creating an interesting effect. 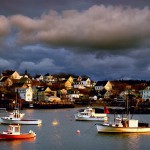 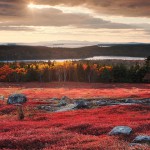 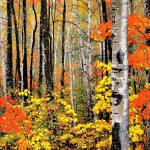 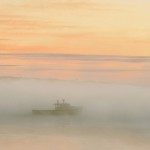 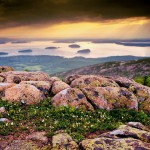 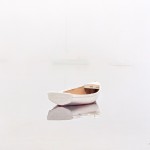 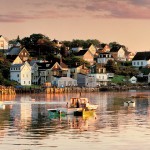 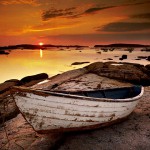 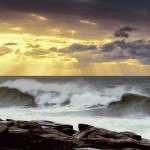 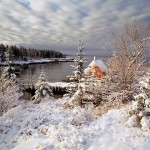 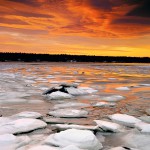