Most popular now
You are at:Home»Dramming»Whisky Bars»We’re Keen on Keens Steakhouse
By Josh Hammond on December 5, 2013 Whisky Bars

Americans thrive on choice, big, more, now and what’s new. You get all that at Keens Steakhouse at 72 West 36th Street in the middle of the Herald Square district of Manhattan, near Macy’s, if you need a point of reference.

Keens was established in 1885. It is old, established, reliable, consistent and a throwback to a bygone era of elegance and sophistication. In that sense it is all new. Here you can get your whisky with a side of history. You’ll know what I mean the instant you walk in.

The year Keens opened its doors, Mark Twain’sHuckleberry Finn and the first issue of Good Housekeeping were published. Dr. Pepper was served for the first time and the first skyscraper was built, the 10-story Home Insurance Building in Chicago. The Washington Monument was dedicated. And the Statue of Liberty arrived in New York Harbor.

In the early days, actors from the nearby Garrick Theater would use the rear door of Keens between acts to “fortify” themselves. No doubt after the show, many returned to Keens through the front door to kick back in Keens’ Pipe Room for a smoke and whisky or two. Reminders of those days are visible to all: over 50,000 once white porous clay pipes, now blackened from smoke and age, hang from the ceilings. Some have names of their owners: Babe Ruth, Teddy Roosevelt, General Douglas MacArthur, Albert Einstein, J.P. Morgan, George M. Cohan, “Buffalo Bill” Cody. They all have stories.

You come to Keens for three things: first, a couple of drams from the well-stocked bar with over 300 choices of single malts—one of the largest in the US; second, the 26 ounce “mutton” chop that is cooked to perfection if you order it the way the “chef recommends”; and third, a great dining experience. Three reasons that will bring you back again and again.

On our first visit to Keens since starting the Transcendental Dram, we knew instantly that we should designate Keens the Official Whisky Bar for TD. If we can deliver a wee dram of the experiences they have delivered over the years, then the Transcendental Dram will be a success beyond our dreams. Peter Vidor, a member of our creative team, caught the magic of our visit there with the photographs below.

Hope to see you there someday soon. If our paths don’t cross, be sure to ask Todd, the bartender, for a whisky recommendation: he’s tried them all—all 300+. Ask for something new, something you haven’t tried and that endless choice will have you coming back.

By Josh Hammond, editor, TranscendentalDram.com and author, The Stuff Americans Are Made Of 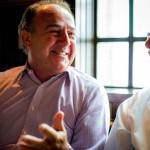 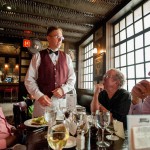 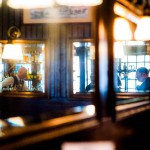 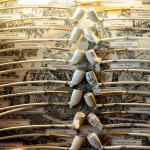 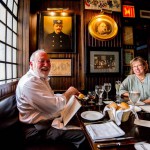 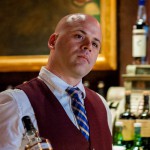 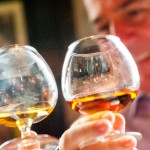